ϟ The Heart Of A Warrior ♣
Hey there!

Welcome to The Heart Of A Warrior!
We are a site dedicated to the life of a warrior cat with a fun community full of experienced roleplayers and excellent, helpful staff.

Well, what are you waiting for? ;P

Join us and see what unfolds! 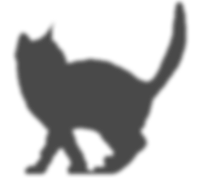 ϟ The Heart Of A Warrior ♣
Would you like to react to this message? Create an account in a few clicks or log in to continue.

ϟ The Heart Of A Warrior ♣

ϟ The Heart Of A Warrior ♣ :: General :: Warrior Cats Info

If someone is granted the title of leader of their Clan, they get the suffix - Star added to their name and leading responsibilities of their entire Clan. The leader must go to the Highrock of there clan and have the retired leader give them their nine lives and name to be an official leader, in some cases the leader is deceased, so they will have to take a trip to the moonstone/pool alone and earn there nine lives there.

The deputy is a cat who is second-in-command after the leader.
They are in charge of organizing hunting and border patrols, and will become leader after the Leader dies or retires.
In that case, the new leader should appoint a new deputy before moonhigh (midnight)

Medicine cats are a special group of cats that can easily stand outside of Clan rivalries and such.
They are trained by their mentors, in the way of healing and interpreting signs from StarClan.
A fully-trained warrior can take the job as a medicine cat or medicine cat apprentice; like in the case of Mothwing.
They are NOT allowed to take a mate or have kits, which can result in a lonely life, and forbidden affairs...

A warrior is a tom or a she-cat not nursing kits that are trained for combat and hunting.
If the leader thinks that they are responsible enough, they are in charge of training an apprentice.
Warriors defend and feed their Clan.

A queen is a she-cat that is nursing or expecting kits. They will sleep in the nursery until their kits are apprentice-aged; they will move back to the warrior's den and duties then.

Apprentices are cats that begin training to be Warriors at six moons old.
Their mentors train them in the arts of combat and hunting, and they usually bring clean bedding and prey to the elders. Their names always end in the suffix -paw, and when their mentor and leader think they are ready, they recieve their warrior names.

Kits are kittens; under six moons and living in the nursery.
They are not allowed to hunt or leave camp alone, and their names end with -kit.
When they reach the age of six moons, they become apprentices.

An elder is a cat that has retired from their duties, and is cared for by warriors and apprentices.

A loner is a cat that doesn't live with a Clan or Twolegs.
They sometimes live in pairs or small groups.

Rogues are like loners, only they are more hostile or were banished from their Clan.
They sometimes live in small groups as well, but usually travel alone or with a mate.

Kittypets are housecats; living with Twolegs.
They usually do NOT go into the forest, except for a few occasions.

ϟ The Heart Of A Warrior ♣ :: General :: Warrior Cats Info